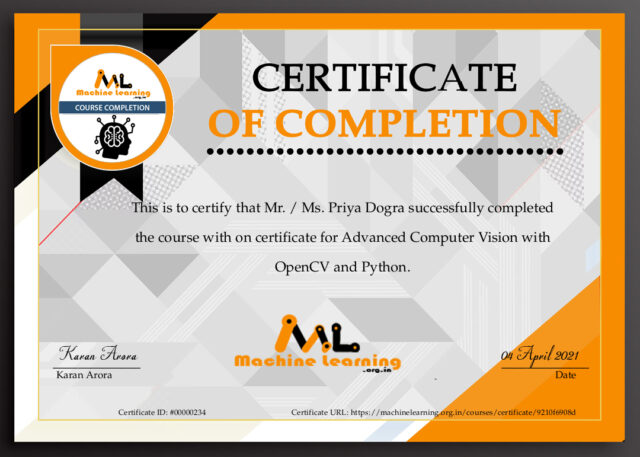 OpenCV-Python is a library of Python bindings designed to solve computer vision problems. OpenCV-Python makes use of Numpy, which is a highly optimized library for numerical operations with a MATLAB-style syntax. All the OpenCV array structures are converted to and from Numpy arrays. This also makes it easier to integrate with other libraries that use Numpy such as SciPy and Matplotlib.

There are lots of applications which are solved using OpenCV, some of them are listed below

Here is the free Course on Advanced Computer Vision with OpenCV and Python. Modules for this course are mentioned below :

ENROLL FOR THIS COURSE NOW