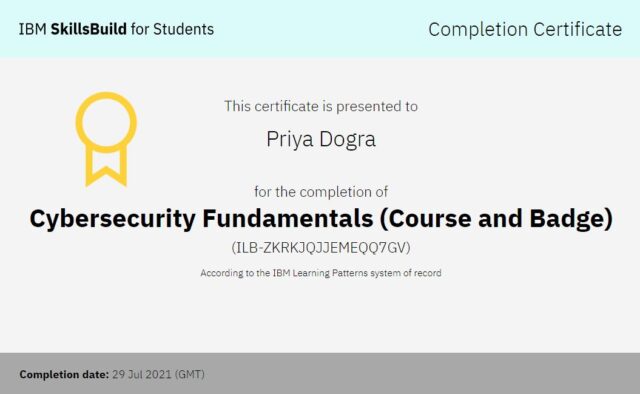 Question 1: She-Ra Cat is a pseudonym for a hacker who was a member of a collective European group in 2012. The group expressed solidarity with a foreign country during economic unrest, stating that the government “refused to listen to its people.” The group lodged cyber attacks against the government’s websites to spread the word about the government’s failure to comply with the people’s wishes. Which type of cyber attacker group could this represent?

Question 2: Monica da Silva is an employee at an aeronautics company. She noticed her laptop has started to become unresponsive ever since she went on a business trip to a foreign country. She remembers being asked to hand the device over while at an airport and she thinks that is when the problems started. Which type of cyber attacker group could this represent?

Question 3: Stephen Nguyen was laid off last month from his executive-level position at an industrial chemical company. He worked in the research and development (R&D) department. He downloaded his latest project’s information onto a personal USB flash drive. He is bitter about losing his job and considering selling the USB drive to another company’s R&D department. Which type of cyber attacker group could he represent?

Question 1: This attack involves sending an email to an individual that appears to be from a trusted source, but instead has the intention of getting personal information, such as a password. What type of cyber attack is this?

Question 2: This attack involves software designed to perform in a detrimental manner to a target, without the target’s consent. It can block access to data and programs, steal information, and make systems inoperable. What type of cyber attack is this?

Question 3: This attack involves causing a system to partially crash and be unable to perform work at normal levels. What type of cyber attack is this?

Question 1: Which of the following statements about the attack surface is correct?

Question 2: True or false? Over time, older software may have vulnerabilities discovered. And, new versions of software can introduce new vulnerabilities. In general, updating software and applications to be the latest version significantly reduces the risk of them being successfully attacked.

Question 3: Which prevention concept do organizations introduce in order to grant the fewest permission levels necessary to enable a role to function in a system?

Question 1: Marta works on the security team for a financial services company. She finds a security alert has been generated by the team’s SIEM tool and assigned to her for investigation. She determines that a laptop may be infected with malware known as EMOTET. Marta investigates and finds that the laptop is infected because it is continually trying to establish a connection with a malicious “command and control” server. Fortunately the firewalls are declining these connection requests. However, Marta also finds out that the laptop belongs to a capital markets trader, someone who has access to sensitive financial data. So she concludes that this infection is a top priority and needs to be fixed right away. What cybersecurity job role is Marta performing?

Question 2: Theresa follows various trusted sources for information about new and emerging cybersecurity threats. She just came across news that a new variant of the EMOTET malware has been detected on the IBM X-Force Exchange, one of her key trusted sources. She learns that this banking trojan, first seen in 2014, has morphed into a spammer of other software malware, and the latest variant uses stolen emails as a delivery mechanism. Since Theresa works for a financial services company, she decides she needs to protect it from this new variant of EMOTET. So, she finds relevant information about how to detect EMOTET and configures her team’s SIEM tool to send alerts to her team when EMOTET is detected. What cybersecurity job role is Theresa performing?

Question 3: Sam is a capital markets trader for a financial services company. He gets an urgent call from Diego on the security team who informs Sam there is compelling evidence that Sam’s laptop has been infected with malicious malware. Diego shares that, so far, it looks like the malware has not inflicted any serious harm, but that Sam needs to shut down his laptop immediately and disconnect it from the network. Diego opens an IT ticket to have Sam’s laptop re-imaged and restored, and provides Sam with a temporary laptop to continue his work in the meantime. Diego will also follow-up with Sam at a later point to help him understand how his laptop was infected and educate him about how to avoid future such situations. What cybersecurity job role is Diego performing?

Question 1: Which of the following is NOT one of the three key elements of cybersecurity?

Question 2: Information security’s objectives are often defined using the CIA triad. CIA is a mnemonic for the three objectives. What are they?

Question 3: Which of the following statements is correct about the social engineering tactics that attackers use?

Question 4: What type of cyber attack involves sending an email to an individual that appears to be from a trusted source, but instead has the intention of getting personal information, such as a password.

Question 5: What type of cyber attack involves causing a system to partially crash and be unable to perform work at normal levels.

Question 6: Which cybersecurity job role is responsible for determining if a reported alert is an organizational attack, scoping out the extent of the cybersecurity incident, planning the best remediation methods, and implementing the remediation with appropriate teams in a timely manner?

Question 7: Which of the following describes the threat actor group called script kiddies?

Question 8: Which of the following is a common approach that organizations use to detect cyber attacks?

Question 9: Organizations establish and follow an incident management framework to respond to cyber attacks. Oftentimes, one of the phases to manage incident response is called Reflection. What is it?

Question 10: Which of the following describes the “transfer” risk response method?

Question 11: To help prevent cyber attacks, organizations will use a concept called defense in depth. What is it?

Udemy Paid Courses for Free | List of Udemy Free Courses with Certificates for...

Internship Opportunity at Housing and Urban Development Department,Govt. of Odisha [Stipend]:Apply by 31 May