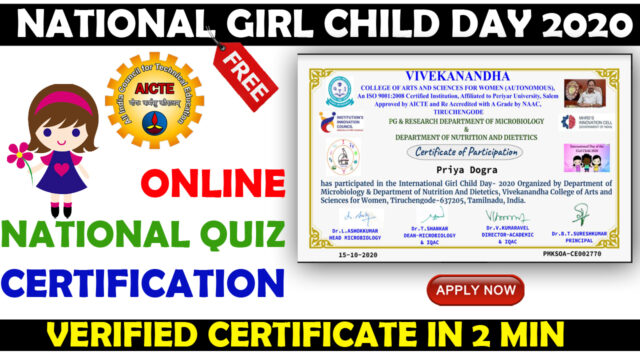 1. In which date the National Girl Child Day is Celebrating in India *

3. International Girl Child Day was was first held on *

4. What is the theme of Third International Girl Day *

5. Which Country is Best in Women Security *

6. Which places on India is held in women’s security? *

7. Which country is worst in women’s justice? *

9. 9th national mission for empowerment of women was launched on *

10. Which scheme promotes community participation through involvement of student volunteers for empowerment of rural women? *

11. Women helpline scheme was launched on *

14. Which of the scheme provides education for girls and their welfare? *

16. Generally, how many women alive today are married before age 18. *

18. Support to Training and Employment programme for women scheme is *

20. Most women and girls alive today who have undergone female Genital mutilation were cut before which age? *